Words of Advice – For Succeeding As An Independent App Developer 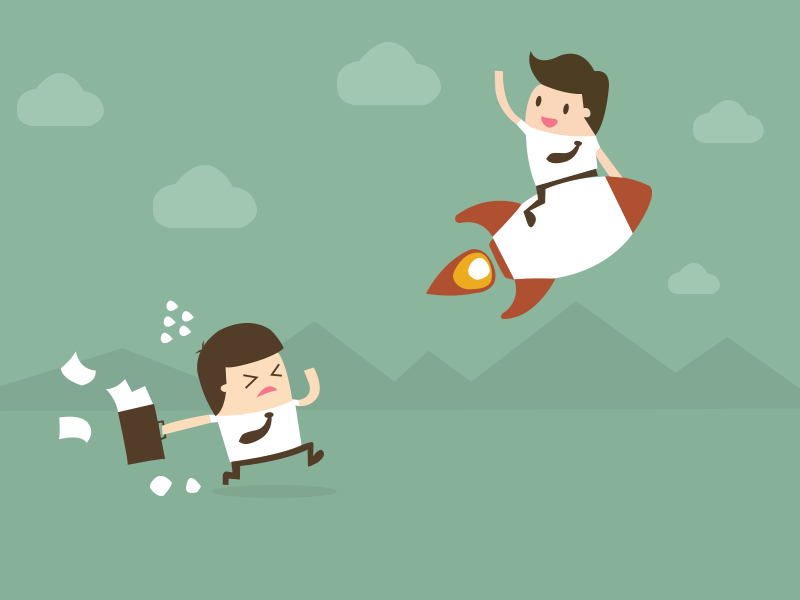 The mobile application industry is booming and growing much faster than anyone anticipated. According to market research, the total global mobile applications market is expected to be worth $25 billion by 2015. This may be an encouraging news for independent mobile app developers, but there are still a lot of hurdles to be overcome by them. One can imagine, how can they devise a plan to stand out in the app market that already has more than a million apps in the Apple and Google Play App stores.

If you are an independent mobile app developer, you start with a basic advantage of a lower entry bar. Developing a mobile app requires relatively less cost than creating a software. Creating a mobile app also requires less sophistication and can be easily released in the app market. Hence the field is broadly offering equal opportunities for all, both for the small independent players and large enterprises. For example, an individual named Ethan Nicholas created the iShoot mobile game app way back in 2009 in his free time and which eventually rose to the number one spot on iOS app store.

The bigger the organization, the more complex and intricate becomes the bureaucracy in such organizations. This can sometimes make large organizations displaying a delayed response to the market forces and signals. Since there are a large number of people in large organizations, any new idea has to pass through a number of approval layers before finally it is put into practice. This makes large organizations cumbersome for adopting new ideas and trends quickly. On the other hand, if you are an independent developer, you can act much faster and in an efficient manner.

Large corporations face many hurdles if they want to forge a partnership with others in developing mobile apps since they are quite apprehensive in sharing information which they deem to be sensitive with others. However, if you are an independent developer, you can take the liberty of collaborating with other likeminded developers and set up small partnerships from a pool of wide social community of talented people.

The mobile app industry has such a wide scope that it can accommodate both the small as well as the big players. Everyone thrives in an atmosphere of positive competition and within a framework of fair practices. Looking at the scope at which the mobile app industry is growing, there is a wide scope for everyone involved. In addition to this, with the entry of branded players in a specific app space, it automatically creates a wide pool of emerging opportunities in the space for independent app developers or startups.

Sometimes, being an independent operator can create a distinct advantage for you. For example, while large enterprises spend a lot on creating a particular type of application, you can leverage the whole situation for your own benefit by creating a similar app at a relatively lower cost and too ahead of the big players. This gives you a definite edge in the bidding war where you take the advantage of being light weight and nimble and defeat the large sized corporations.

In the present times, each and every kind of app has tremendous competition in the app market. Some apps are created by individuals and some by large corporations. However, as an independent operator, you should try to leverage the intense competition as a distinct advantage. For example, intense competition did not discourage Evernote to create a note based application. Even though the app market was saturated by similar kinds of apps, Evernote succeeded in making a mark for themselves by adding innovative features to their app which other similar applications were not able to deliver. Hence, even in a saturated market, Evernote was able to attract more than 14 million customers worldwide.

Developing and executing a great idea is one thing, but protecting your concept from duplication is a different ball game altogether. Hence, it is very important that you take some time out during the process when your app is in the development stage and study the patent and copyright law. You should take all the necessary steps, including legal ones, to protect your concept and take care of your intellectual property rights. Investing your time in such issues will help you immensely and protect your idea from being out rightly copied.

As we have already discussed, an independent app developer has its own distinct advantages as compared to large corporations. By being independent, you can save lots of costs, time, and resources. Needless to say, don’t underestimate the power and capabilities of your large competitors, but on the other hand, never underestimate your own capabilities. Don’t let your fear of being small or being financially less capable come in your way of thinking innovative and acting fast as per the emerging market trends. The mobile apps industry has enough room of every kind of player, and this boom is going to stay sustained for a long period of time.