Why Every Business Needs Mobile App? 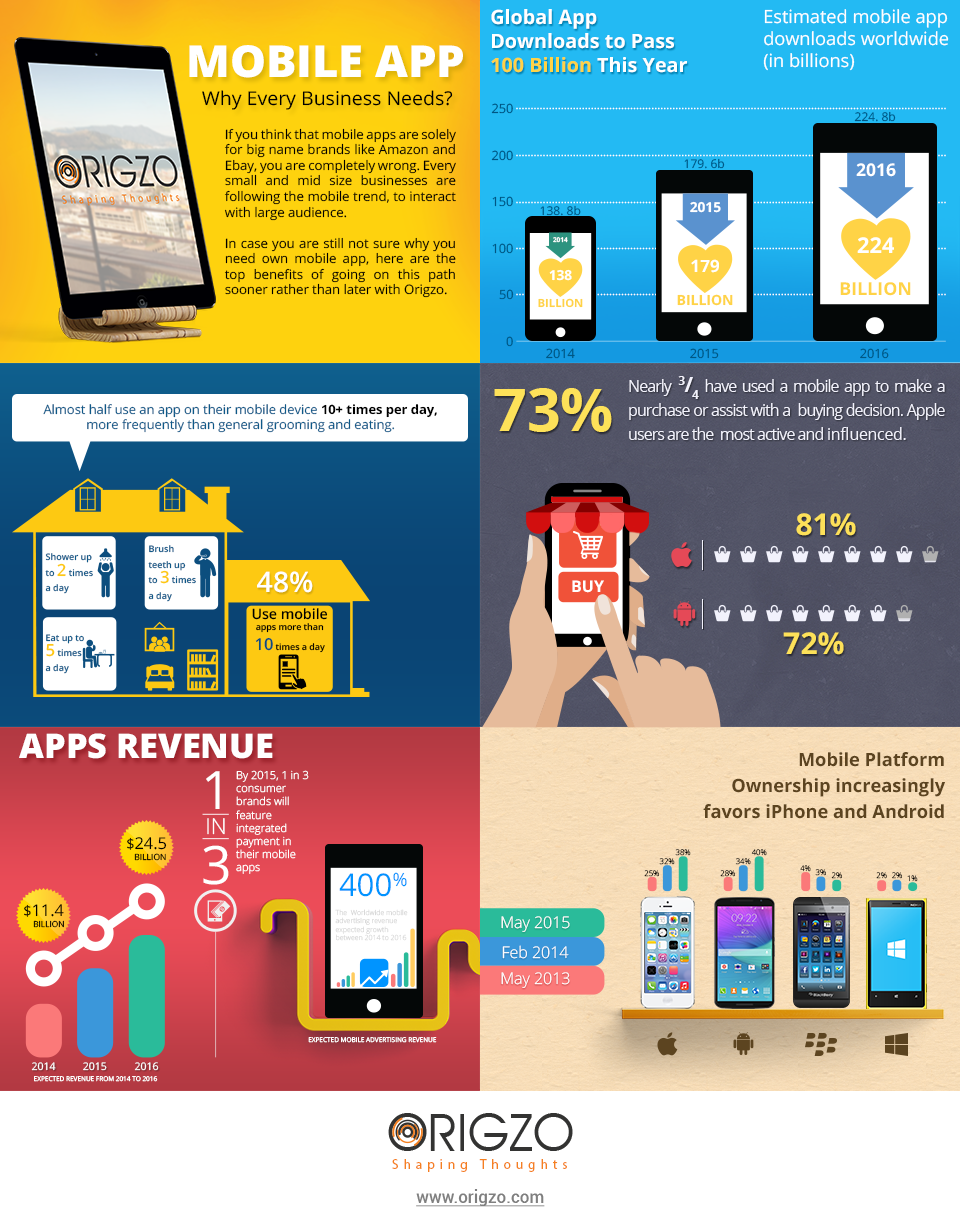 If you think that mobile apps are solely for big name brands like Amazon and Ebay, you are completely wrong. Every small and mid-size businesses are following the mobile trend, to interact with large audience. In case you are still not sure why you need own mobile app, here are the top benefits of going on this path sooner rather than later with origzo.

1. Estimated downloads of mobile app into worldwide by 2016 would be approximately 224 billion which was 138 billion in 2014.

2. Almost all people use mobile apps 10+ time in a day which is more than the time of their routine activity like eating, bathing and sleeping.

3. 73% people use a mobile app to make their purchase or buying decision. Apple users are most active in shopping from mobile apps.

5. Most of people have increasingly their favor into Mobile platforms – Android and iOS.

So, Why don’t you start with making a successful mobile app with us and be a leader in your market.